Painting My Own Sculpt - the Interplanetary Merchant 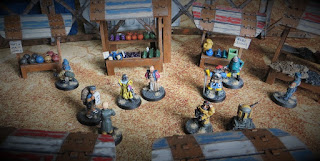 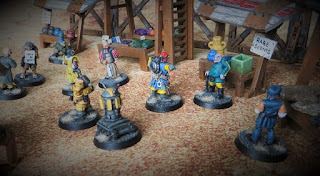 A few months ago I posted pictures of my very first ever 100% sculpted figure - a 28mm version of the old 25mm Citadel Spacefarers Interplanetary Merchant.
﻿

Curtis over at Ramshackle, very kindly offered to cast me a couple of copies of the green, and I've managed to find time to paint up the first of these resin casts:


I decided to paint my sculpt in homage to the lovely painted version of the Spacefarers model by Delaney King over at Kings Minis. It was such a lovely scheme, and I'd used the picture quite a lot as reference when I was sculpting the figure. 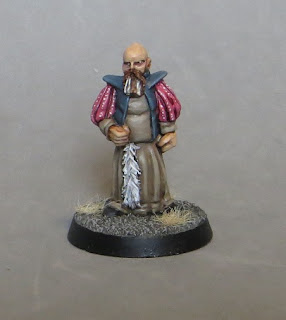 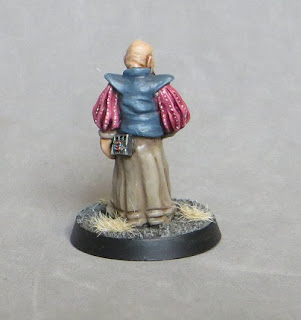 If I was to be critical of the my own sculpt, I'd say that there are some areas on the model where the sculpting is a bit crude, but then you could say that about most of the figures produced by Citadel in the late 1980s. I'm more than happy to have him populate my boards and games, and I've certainly seen and painted worse!﻿