When you mention to a friend that you are looking for parts to make civilian vehicles, and the friend gives you one of these...: 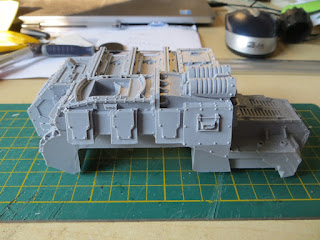 ...the only correct thing to do is to knuckle down and make a civilian vehicle out of it. If you don't recognise the nice big chunk of resin above, it's the chassis from the Forgeworld Solar Auxilia Dracosan Armoured Transport. Which usually looks like this: 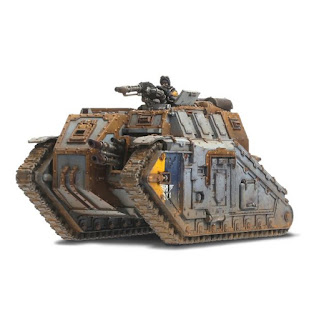 I decided I was going to turn my chassis into a civilian salvage vehicle - some kind of over-sized, multi-wheeled, ash wastes version of the AA. My first step was to create some sides to the chassis in order to attach some wheels to.

After some trimming and test fitting, my sides looked good. I now turned my attention to the wheels - in this case I used 8 large Lego wheels, and glued some 30mm round based to the open ends.


Step 3 was to assemble my various parts I glued the sides to the chassis, adding an internal bracer for strength. Then I simply glued four of my wheels on either side.


I forgot to take photographs of the next steps in the build, but basically they were:


And this is pretty much where things are up to currently: 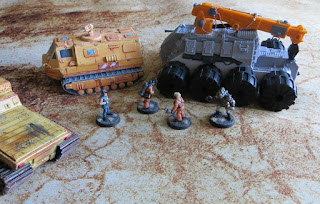 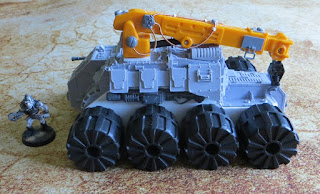 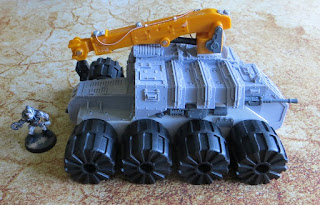 Hopefully I'll get some paint on it in the near future!
Posted by axiom at 13:34