This is probably the last post for a few weeks as I'm heading off on holiday later in the week. I've managed to squeeze in one last project before I go however. This time it's a rather self-indulgent recreation of a character from the Rogue Trader rulebook, specifically the un-named Eldar Adventurer on p188: 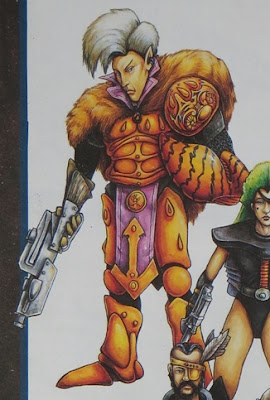 The character appears on a full-page illustration (I believe by Bob Naismith) with some other rather interesting characters. The navigator with his pet lizard is also a particularly good subject to turn into miniature form I think. 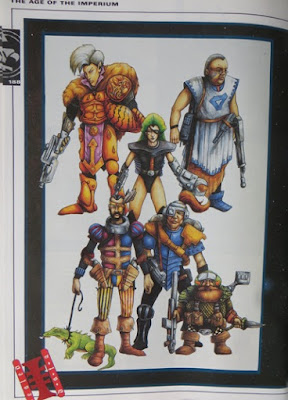 I wanted to make a recognisable approximation of the Eldar Adventurer, rather than a 100% accurate copy. Some of the elements needed to be streamlined or toned down to stop the resulting figure looking too cartoony.

I based the conversion on the figure of Caetra Darkflight from the early Space Elf range:


I removed his helmet and added the head from Kern Proudbrow. The gun was made from the stock/hand from an Eldar Scout/Ranger, mated with the shuriken catapult from Eoan Fireheart. I tucked the helmet under his arm, then sculpted the fur mantle, a new hairstyle and the tabard. 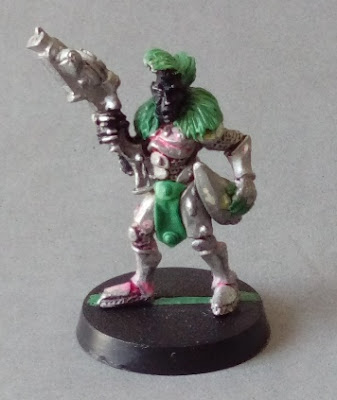 Here's the painted figure. You can see I desaturated the colours a little, and painted the fur a contrasting colour, unlike the illustration where the fur is pretty much the same colour as the armour. 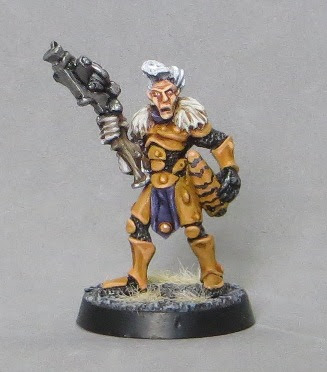 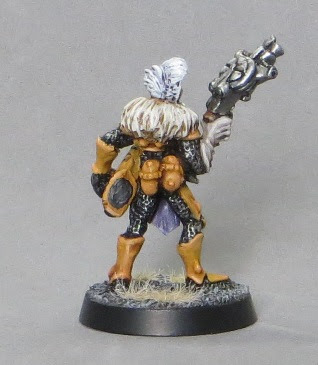 Finally, a comparison shot. I think there's enough of the elements to make the figure recognisable, whilst at the same time being a more gritty version of the character. 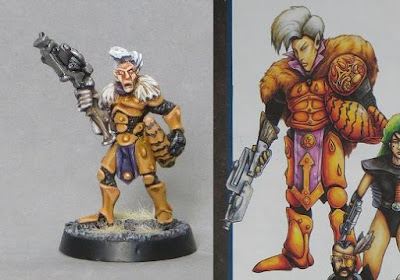 I still need to work out a name for this character - any suggestions?
Posted by axiom at 15:38