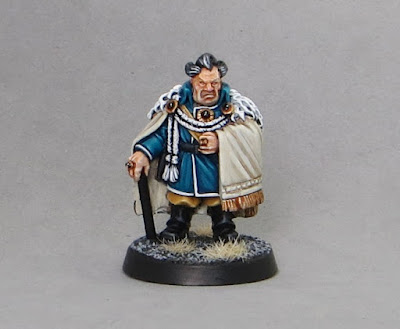 Michael Anderson's sculpt is a real joy to paint - the details are easy to ready and crisply sculpted. I had great fun with Lord Greiss' face too, trying to give the impression of 5 o'clock shadow. You may not have seen the rear of the figure either - my favourite element from this angle is the shaved lower section at the back of his head. Now that is one weird hairstyle! 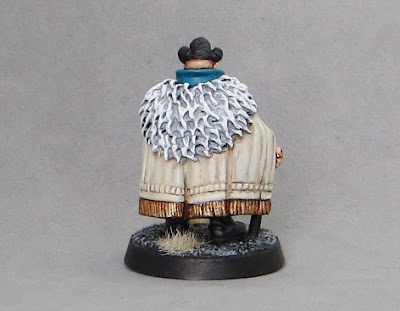 If the colour scheme looks familiar, then it's because I painted up Lord Greiss to sit alongside Anamuria (Citadel Romana from the 1980s Doctor Who range) and Eduardo (Citadel Confrontation Elite Gang Leader). I think the three figures work pretty nicely alongside each other.