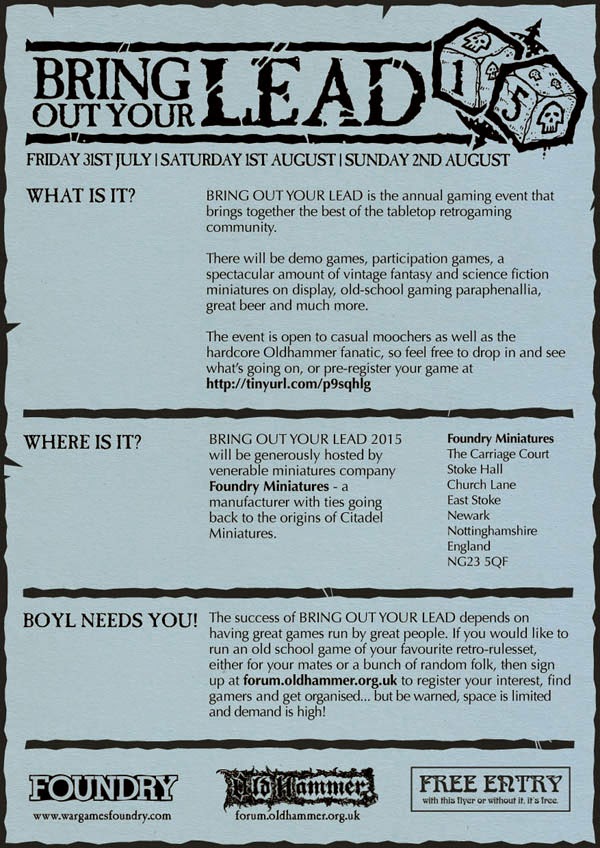 My plan for the game is a simple one - to run a multi-player game using the first edition Space Hulk rules. I've transplanted the setting to Necromunda, replaced Terminators with hired guns and genestealers with rioting underhivers. The basic premise is that 4 players will play a squad of hired guns who are required to escort a VIP to safety. 2 other players will use the rioters, who have to stop them.

I had already decided that the cramped corridors utilised in Space Hulk could make for a very restricted game. To give the game more room, I decided I was going to base it on a large square gridded table. To this end, I brought in the services of Sarissa Precision, who quickly produced me a set of 16 laser cut board tiles for a very reasonable price. The tiles are covered with a 30mm grid, with the addition of 5-6 detail squares just to add interest.


With the board in hand, I started assembling some terrain to use on it. The crane, containers and crates were used at BOYL '14, but I needed a stack more terrain. I pulled together a host of buildings, walls, fences and scatter terrain from Mantic, Wolsung, Ainsty Castings and others. The sample set up below shows around about 60% of the terrain I hope to produce for the final game. 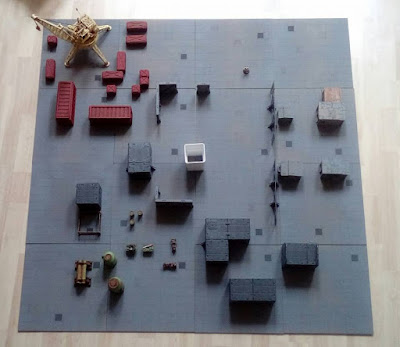 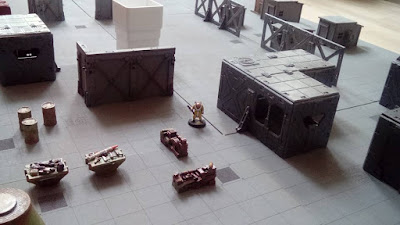 My hobby time has pretty much been filled with assembly and painting of terrain over the last couple of weeks. Below you can see a couple of photos of the WIP queue!

And this is what I'm aming for. The shacks below are MDF from Wolsung, as is the green wall in the background. The open metal fence is made from pieces from the Mantic Dreadzone kits. 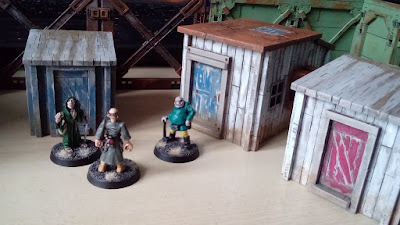 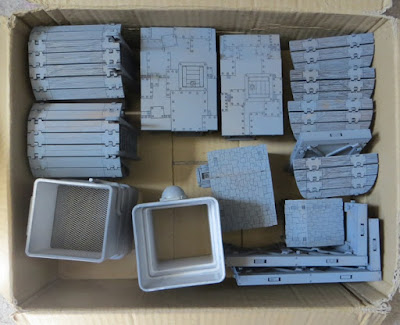 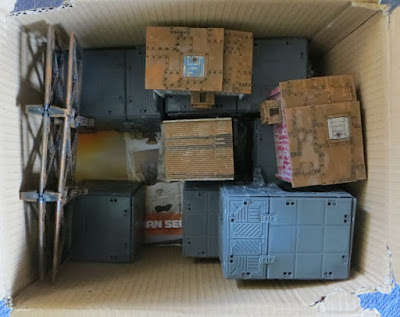 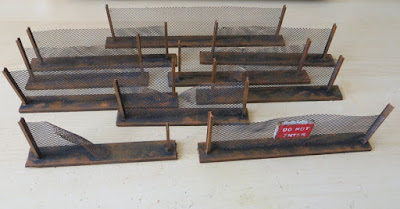 I have total of 81 terrain elements to complete ahead of the game, with 45 now done. Still to finish are:

Oh, and I have to paint around 40 underhive rioters...