One Man And His Dog

He's the Leader from the Elite Gang from the rather uncommon Confrontation range, circa 1991. Although he was available in blistered packs of hive gangers, the bulk of the Confrontation figures were quietly retired and replaced in the mid-1990s by Necromunda gangs. I particularly like the contrast of his absurd outfit with the mean muscle-dog and AK47 styled autogun.

I would guess that I spent in the region of 10 years looking for this guy on and off, and I was delighted to pick him up with a bunch of his fellow Elite gangers earlier this year.

Of course, once a highly prized figure is obtained, the next logical step is to paint it. I must confess, I prevaricated for quite a long time before taking the plunge. He's a complex model, and one I wanted to do justice to.

However, I finally bit the bullet, and here's the resulting painted figure, Eduardo Murat: 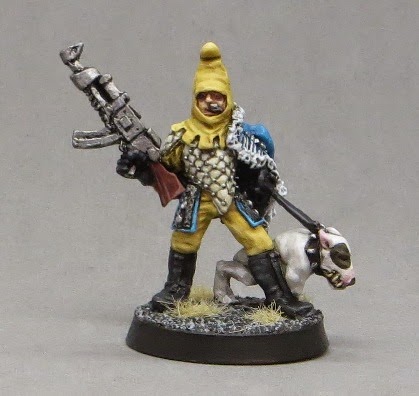 I replicated a colour scheme from one of my earlier models - Equus, the Ecclesiarchy combat servitor. Not only do I like the scheme very much, but I have half a mind to include Eduardo and his fellow gangers as a militant element in an Ecclesiarchy warband. 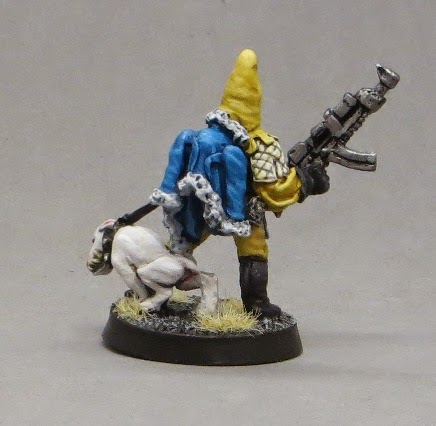 I particularly enjoyed painting Eduardo's muscle-dog up as a bull terrier, with colouring and markings copied from some random google images. 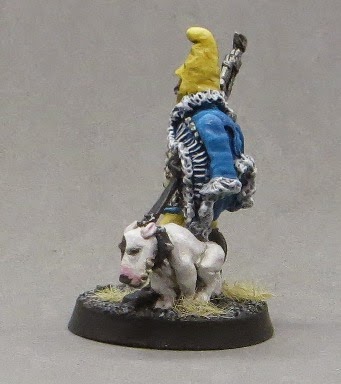 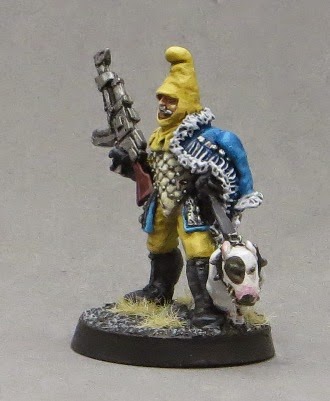 All in all, I'm pretty pleased with the results, and delighted to finally have a painted version as part of my collection.