Staring into the Void - Navigator

I wanted something relatively quick and easy to paint up as my first figure of 2023, so I decided to pick something from my boxes that was long overdue. I'm a firm believer in salvaging all of the off-cut components from my conversion projects as they nearly always get recycled into new projects. This figure is a good example of that, using the torso of the Imperial assassin who donated her legs to a chaos cultist in November 2018, and the body of a fantasy cleric whose head is now sported by a renegade Inquisitor.

I'm not sure exactly when I did the greenstuff work on the figure, but it would have been early 2019, shortly after converting the renegade Inquisitor. In hindsight, it looks a bit shoddy in places, but it's just about passable! The main bulk of the converting work was to cut away the original cleric torso and trim the assassin's torso to fit the void. 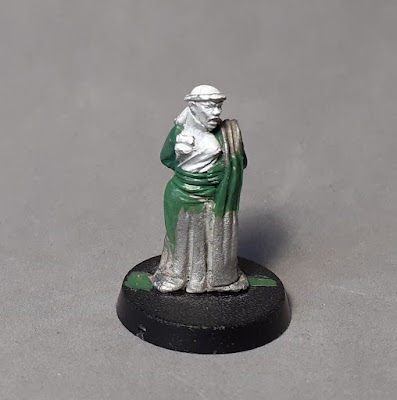 I'm still not entirely satisfied with all the drapery going on, especially that long piece over her shoulder. I remember that the original cleric shape was quite masculine, hence the work to accentuate her hips. 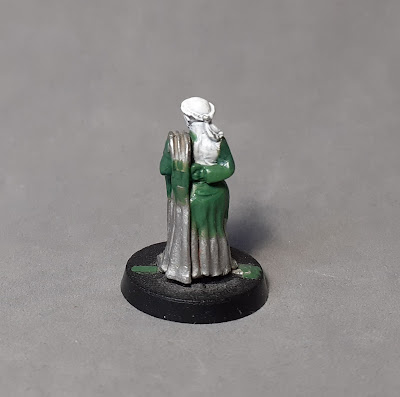 Perhaps I should have added a little dagger to the hand concealed behind her back!

I kept the painting very simple, although I did change the waist sash and headband from a lilac to the dark blue-green, as it was all going a bit Catholic church!I wish the final paint scheme wasn't quite so shiny - I don't know why it is - there are two coats of matt varnish on the figure! 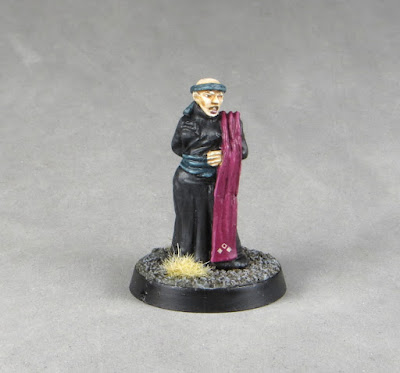 My favourite part about this paint job is the little navigator symbol at the bottom of her shoulder sash. I usually mess up tiny freehand like that, but this time it worked out. 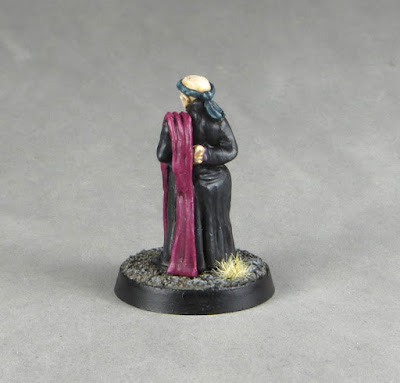 Q. a group of Navigators is called a what?