For a whole host of reasons I'd never got round to painting up any Ministorum figures. A huge oversight really, and I would like to paint up some Adepta Sororitas squads at some future point. But for now I'm satisfying myself with a small group of high energy religious sorts with the aim of adding in a handful more to make a playable Inquisimunda / Necromunda / Stargrave group. 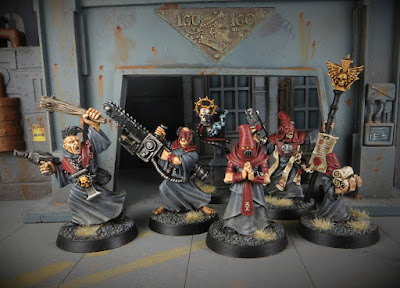 The group is a motely collection of figures from different ranges and eras, from the repurposed 1988 chaos familiar, through to the 2022 Stargrave Fatewinder. But happily as robed religious nutcases, I think they all work together! 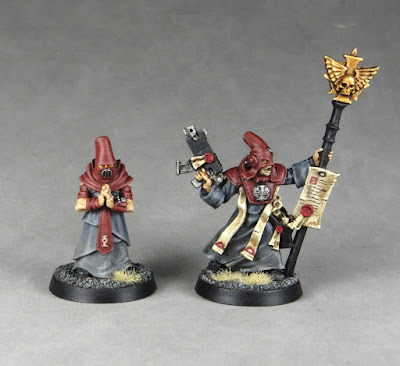 The high priest is a Fatewinder from the Stargrave range. Whilst the model isn't totally in the future-gothic vibe of the 40k universe, there are enough similarities to make him fit OK. I really like that the hat shape is similar to the Inquisitorial acolyte accompanying him. The acolyte is an unreleased variant from the early 2000s. I actually prefer this one more to the ones that ended up being released! 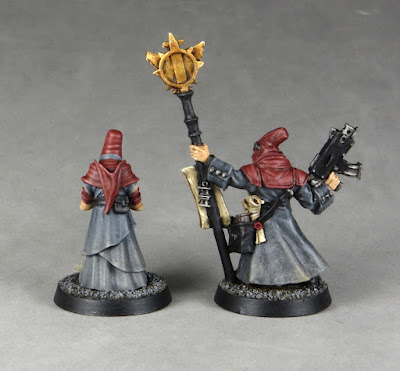 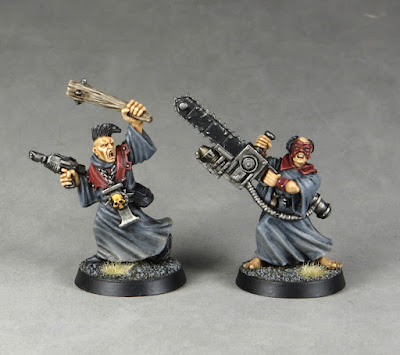 These two rather fervent priests are peak mid-1990s classics. The Brian Nelson preacher is just a fantastically characterful sculpt, whilst the eviscerator-wielding Redemptionist is pretty iconic. I'm pretty pleased with how the grey and scab red combination has worked as a theme across the group and tied them all together nicely. 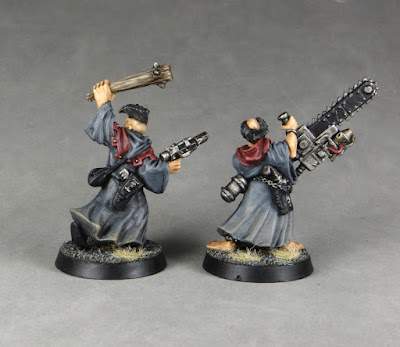 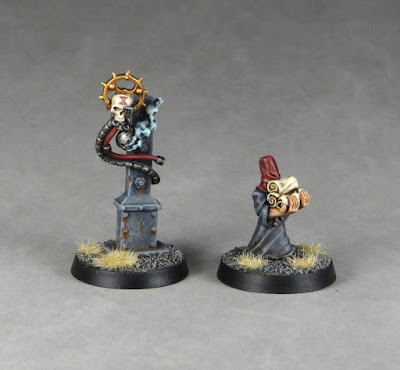 Written scripture, icons and exotic incense seem to be some of the touchstones of religion, so I wanted to include a few figures that ramped up that feel. The chaos familiar was a good visual match to the priests - all I did was cut down the tip of his pointed hood so that it evoked the headgear on the priests. The servo skull is from the Astra Militarum Tempestus Scions kit. I cut down a small section from one of the old Cityfight kits so that it could be floating happily alongside the clergy. 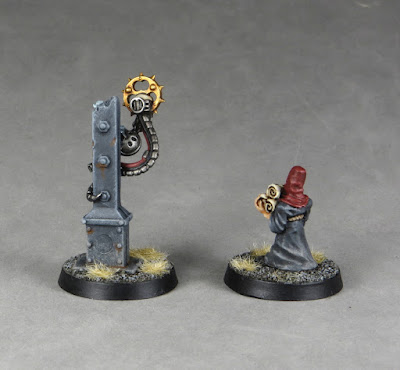 Looking forward to adding to the group with a few more members of the clergy in due course!