I'm now actively working on a full group of my T'Sulian warriors with a view to the idea that they might work nicely as a Stargrave crew. With that in mind, I need more fighters, some specialists and a few characters.

This next pair will represent a Stargrave captain (probably a Mystic archetype) and basic soldier (likely a Trooper). 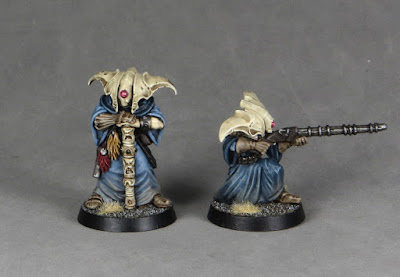 I forgot to take the usual detailed WIP photos, so here's a shot with a teaser of some more future figures: 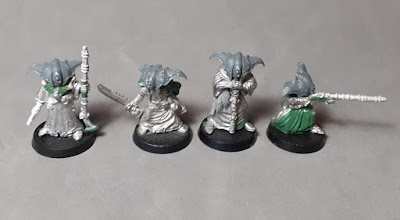 You can see that I have taken a Tzeentch champion (with the staff) and replaced his head. I added plastic feathers and a pistol from the Kroot kit, plus a random set of containers which are on his back. I also sculpted a hood to the rear of the head, and a little bit of robe where I had removed the original third foot. The kneeling warrior is based on an Eldar ranger. I replaced the gun with a jezzail and infilled the robe (he was originally wearing an open coat. I also added a fur mantle around his shoulders. Whilst I was at it, I added some nicks and divots to the head carapaces to give them a little bit of individuality. 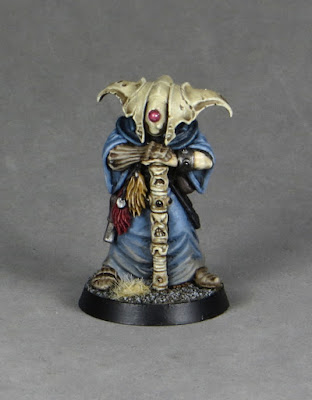 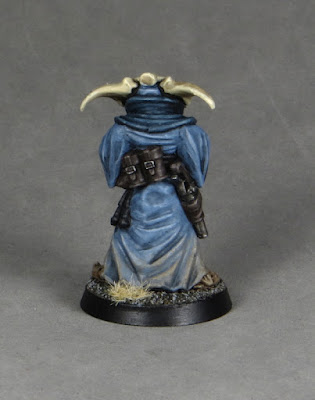 The paint scheme simply replicates what I've done previously. They ended up with slightly paler heads for some reason, but I don't mind that! The shaman also got a paler robe (possibly because he's higher ranking, or possibly because he's older and it's just faded in the sun!). 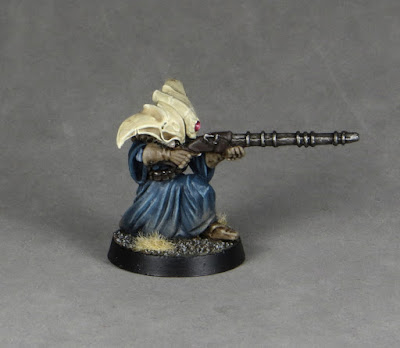 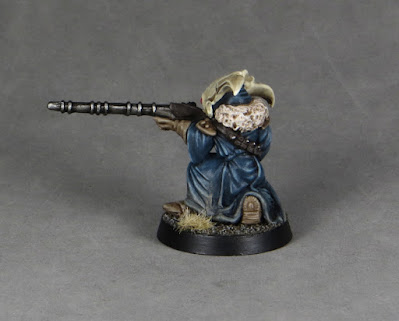 So that's five T'Sulians done. If you've been keeping up to speed on crew sizes for Stargrave, it's probably no secret that you should expect another five to come along in the not too distant future!