In anticipation of a new Necromunda campaign in 2020, I've made a start with a new gang - Helmawr's own bodyguard. The White Dwarf Confrontation articles variously state that:

Happily the Confrontation range of figures includes a lovely sculpt by Jes Goodwin with 'Helmawr Clan' on it's tab, a limited edition hive ganger who shares many of the design features, and a group of four unreleased figures collectively referred to as Helmawr gangers. By bringing together these six figures, and adding in a couple of additional figures, I could make a nice new themed gang. Here are the first four figures:


The Luxaranean Guard form part of the massive forces of Lord Helmawr's personal bodyguard. Based in the Palatine Spire and drawn exclusively from uphivers, predominantly the House of Helmawr itself. The Luxarean Guard inhabit palatial quarters with vast glazed windows providing breath-taking views of the Necromundan skies and the heavy Necromundan sun. Their sun-worshipping martial cult and use of Helmawr's personal arachnid badge means they are nicknamed 'The Solar Spiders'.

The champion was a pretty involved conversion based on a LOTR Abrakahn (actually the same base model I used for Silwon Fisk, my Helsreach Water Seller). I cut a wedge out of the neck and inserted the head, shoulders and chest plate of a Confrontation bounty hunter. I added a retro bolter and then oversculpted the boots, quilted flack armour and jacket. 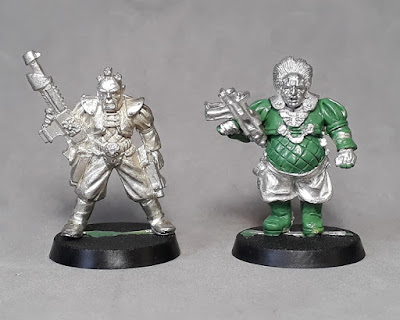 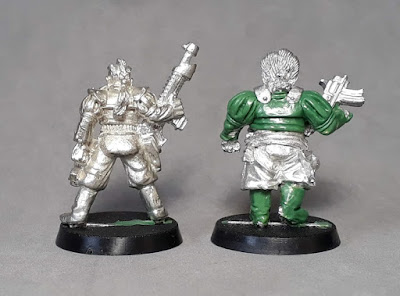 In painting these guys up I wanted to give them a rich and opulent vibe, similar to residents of exclusive southern European locations like Monaco. So they got lots of white clothing, platinum blonde dyed hair, gold and lilac! 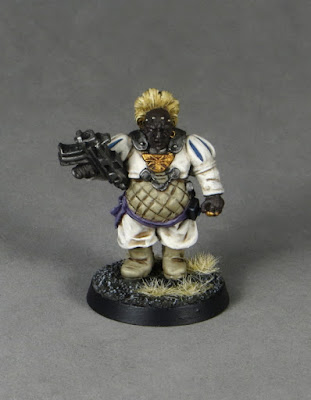 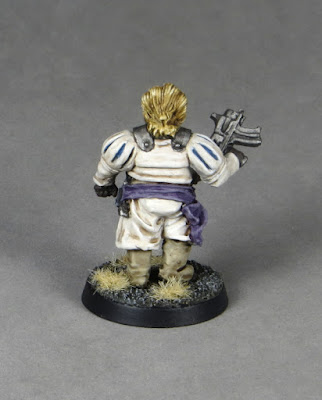 The limited edition hive ganger got the same treatment: 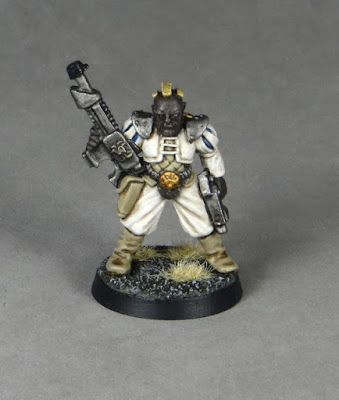 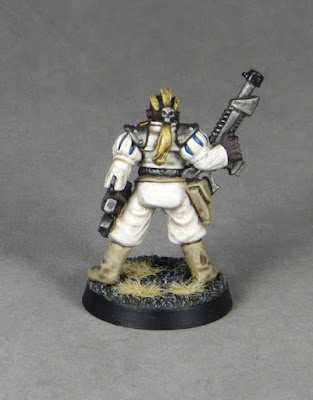 As did the unreleased ganger: 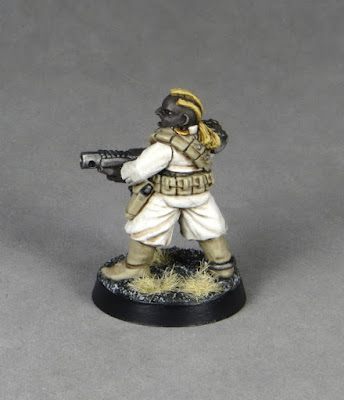 Finally, the ganger I converted to bulk out the ranks a little.


I took Demolition Man from the Last Chancers set because of his baggy trousers and waistcoat. I then replaced the lasgun with an autogun and added the head from a Roy Eastland Rogue Trader space marine scout. 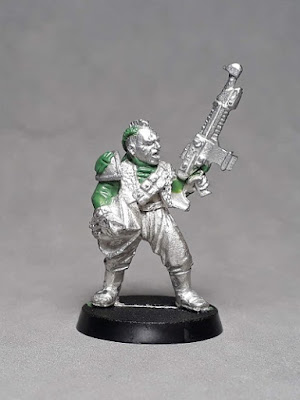 He got some new sculpted sleeves, spider symbol and trademark hairdo. 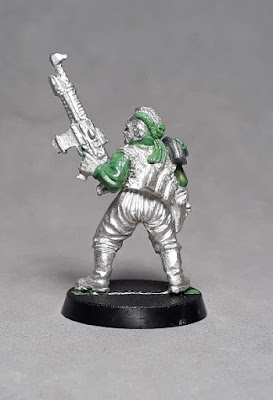 As the details were a little different on this guy, he got a nice lilac shirt in place of the white jacket: 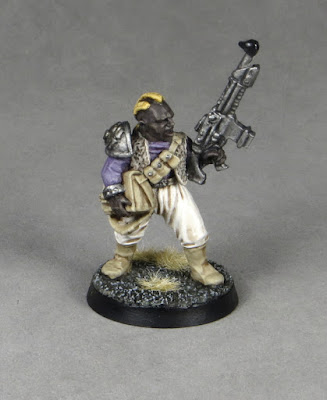 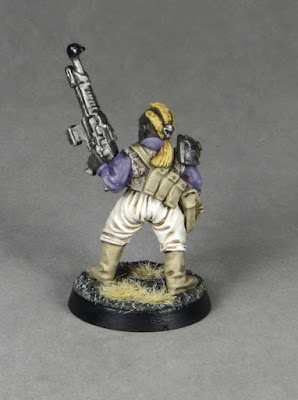 So that's four down, with another four needed for the starting gang, and at least a further four to come after that!