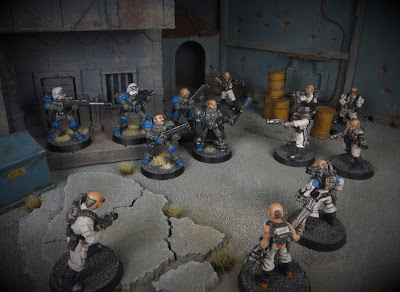 So far I've painted five new models which line up with modern Necromunda rules and weapons. These include a new Captain, sniper specialist and three troopers. 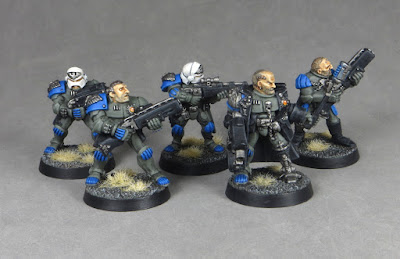 All of the figures have been painted up to match my earlier Adeptus Arbites - a standard grey uniform with white helmets and blue accents. 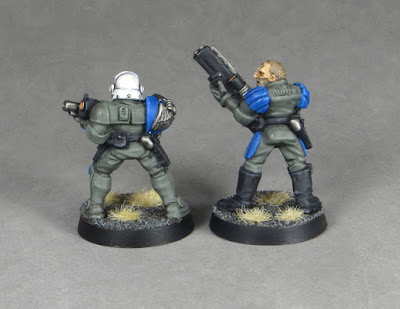 I used the helmeted head from another 1992 trooper to convert a Van Saar ganger into a sniper trooper.


I selected a Van Saar ganger as it met my pose requirements, and also shared a lot of characteristics to the Adeptus Arbites models in terms of bulk and the characteristic ridged pads. I added the helmeted head, lasgun barrel from a RT plastic gun, and sculpted the groin armour and belt. The large right shoulder pad was made from a cut down space marine pad with a press mould copy of the winged fist symbol. Its not perfect, but once painted I think it gives the right effect. 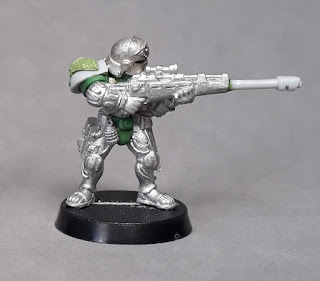 The final figure I made for the group was a new Captain. Whilst I like the 1992 pointing eagle-hatted Adeptus Arbite Champion, his shotgun isn't really what I wanted my leader to be equipped with. Nothing says 'Imperial rule' better than a boltgun, and I wanted my Captain to be armed with this iconic and effective weapon. 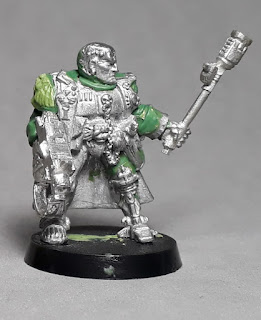 In case that sounds simple, it was a long and frustrating process. Not least because my original reassembly gave the captain shoulders nearly as wide as he is tall. I took some advice and slimmed his shoulders down so he might actually be able to go through doors, and although it was a big chunk of re-work, it was definitely worth doing. 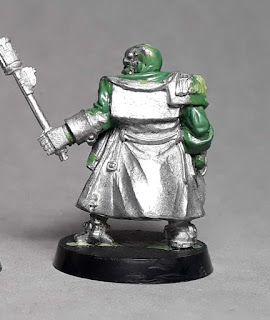 I painted up the Captain in the same colour scheme as his troopers, giving him a slick black coat to go over the top. 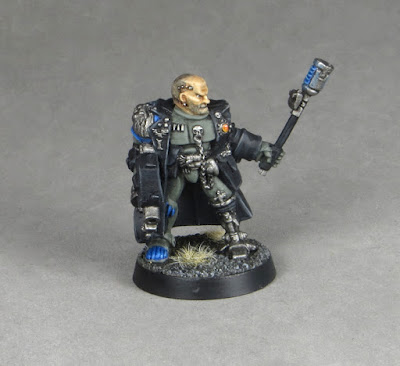 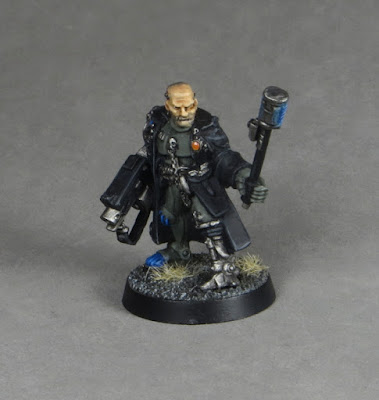 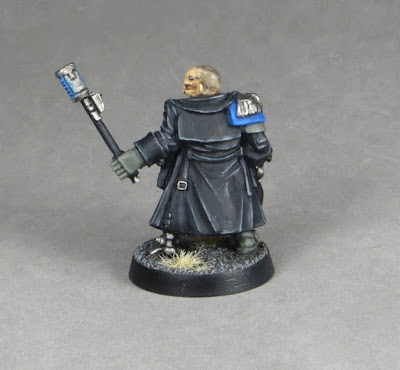 All in all, whilst I might have done some of the conversion work a little different, I'm pretty happy with the final result.

I've got a few more figures on the workbench at the moment, so am hoping to also finish those off before we start the new campaign.