The folk tales of Necromunda are full of references to terrifying shadowy dog-like creatures. There's the Black Chuck of the Ostpost Angles of Trazior Hive, and the Bargust which purportedly ravages the settlers of Spoil Heap Island in Palatine itself, to mention just two. Of course the dark spaces of Necromunda are infested by innumerable dangerous creatures, but a sighting of a Shadow Hound is almost universally considered by Necromundans to be an omen of impending death. Often within seconds!

Earlier this year I was planning to take part in the "Here Kitty, Kitty" competition on Yaktribe (make and create a creature for Necromunda). I instantly thought back to Tony Ackland's creepy alien-esque hound that he drew for Confrontation:


I started with an old Citadel Blink Dog and a lizard from the old lizardmen swarm: 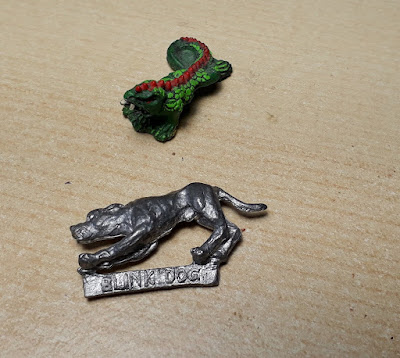 After some chopping and sculpting, I was getting close to the look from the original illustration: 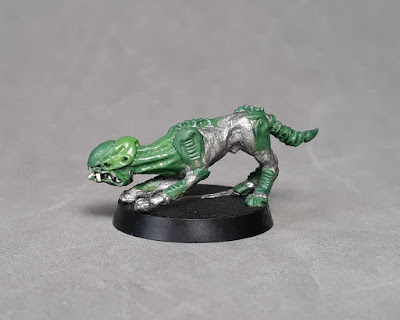 And this is where things stalled. I missed the deadline for entry to the competition, and the figure sat on my desk for a long time. Since then, I have managed to not only complete the conversion (including the tricky protrusions and bone spurs), but also paint up my dangerous-looking beastie! 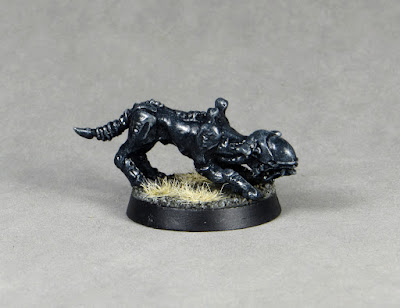 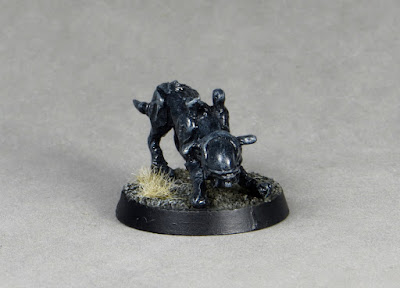 I kept the paint scheme very simple - a couple of drybrushes over a black base coat, then washes with black and thinned purple. I gave the whole creature a couple of coats of gloss varnish because Tony's illustration suggested that this it would have a hard and shiny carapace. 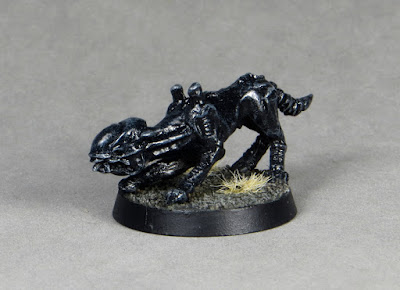 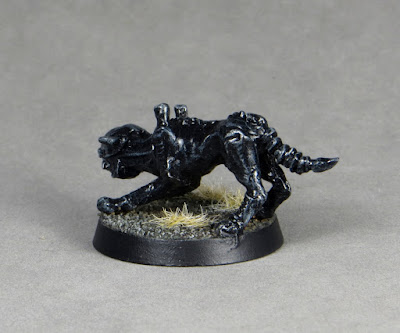 I freely acknowledge that it's not my best sculpting (I was using scraps of leftover greenstuff from other projects), or indeed my best painting, and the figure really doesn't photograph well. But I do quite like it even so! I think he'll make the ideal encounter figure, or perhaps a suitable tracking hound for a Necromundan bounty hunter. 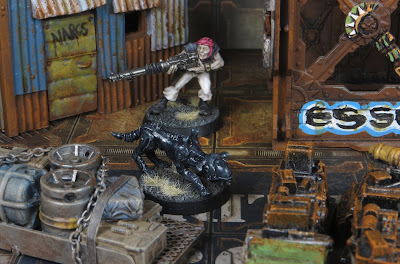