In an effort to catch up on stuff I painted in 2018, here's a second post in a row of 'stuff I painted some time ago'. Some time ago for these is somewhere around about July, when I ran game featuring Venators at Bring Out Your Lead 2018. 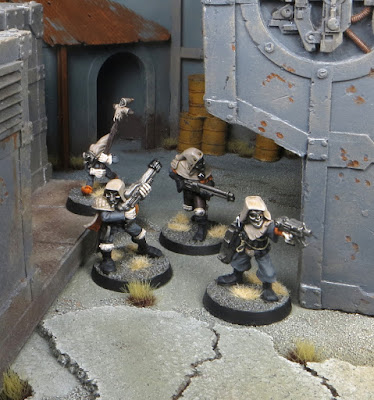 The game involved all participants bringing or using a bounty hunter, and I painted up this quartet in case someone didn't have a suitable figure to use. The 4 Venators pictured comprise two of the original Confrontation figures, an old chaos familiar, and a converted Venator armed with a shotgun.

The two figures below are Marauder Confrontation figures - masked and hooded, complete with nooses and equipped with a variety of weaponry, they're great sculpts. I painted them to mirror the colour scheme on my modern plastic Venators, so I can intermingle them if required. 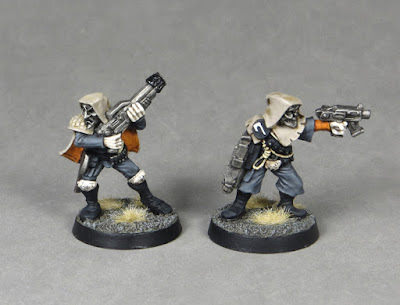 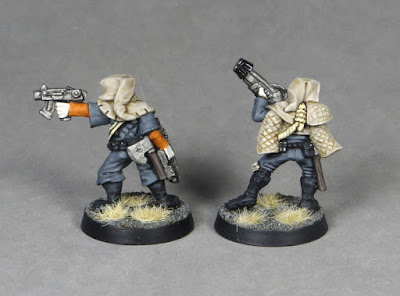 I'm a big fan of adding creatures and familiars into a warband, and the 'Jester' chaos familiar is a perfect fit for a Venator band, with his grotesque mask and little hood. 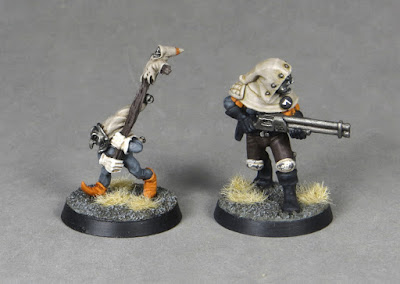 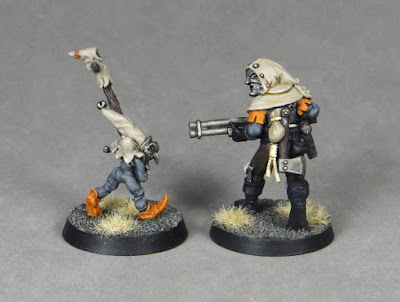 The Venator with the shotgun was converted from the upper torso of an old Necromunda Redemptionist, with some plastic Warhammer Empire legs. 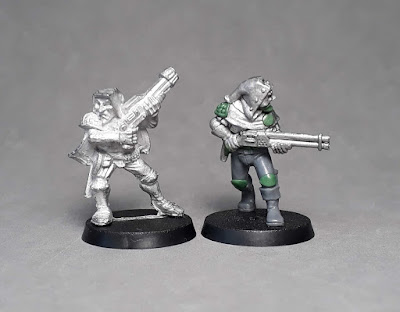 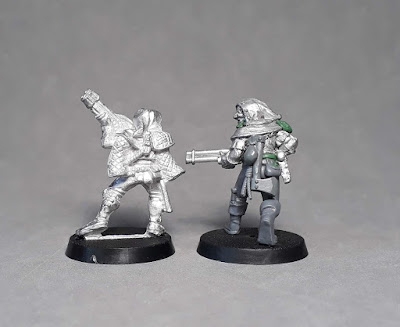 To complete the Venator look, I added some kneepads, a quilted shoulder pad, a Venator badge (mirroring the guy with the bolt pistol), and some plastic accessories. I think he fits in nicely.

I've still got the remaining two Confrontation Venators to paint up at some point. I'll get round to it one day!
Posted by axiom at 14:52