Christmas now seems an age away, but myself and a few mates decided to run a little Secret Santa and secretly send each other something fun to paint. We dutifully promised to paint up whatever we were sent by the end of January. I'm late, and I've only painted 50% of what I was sent - I'm barely coping with the excessive guilt!

Nonetheless, 50% of my Secret Santa gift has been painted - although it wasn't so much a gift for me, as it was for Silwon Fisk. I even received instructions to the fact: 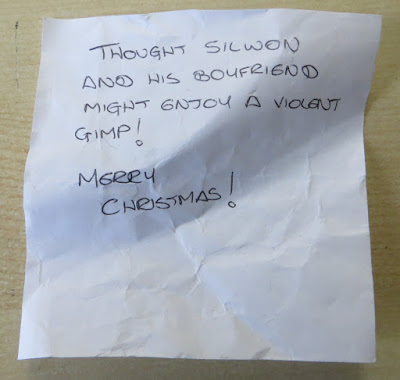 Just what was this violent gimp? Why, er, it was a violent gimp - a scarified, pierced, semi-naked, mask-wearing lunatic! The model in question is a chaos warrior which I suspect might have been a troublesome mould-ripper, what with all his spikes. He clearly doesn't see the need for armour, instead going in for a few spiked adornments and a loincloth. Oh, and an all-encompassing helmet. Given Fisk's predilection for surrounding himself with lots of flesh, he's a perfect new pet bodyguard. 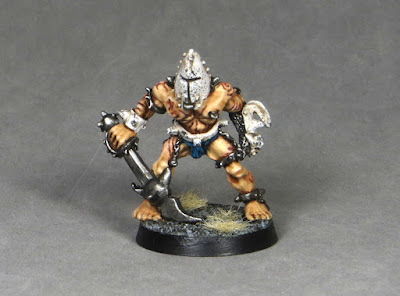 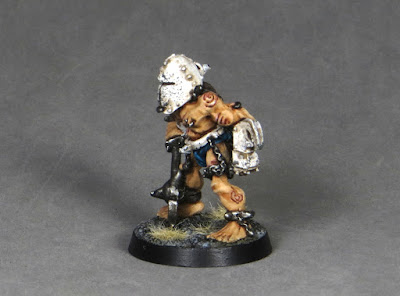 'Pet' has been painted in the same colour palette as Fisk and his 'companions' to date - flesh, white and blue. Given all the scarification on his body, I decided not to repeat the tattoos common to the others.


In addition to all the spikes, 'Pet' also has a whole load of little bells on chains. So his owner always knows where he is, I presume. 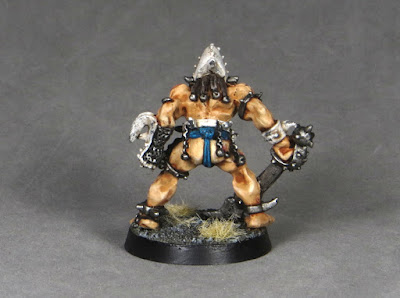 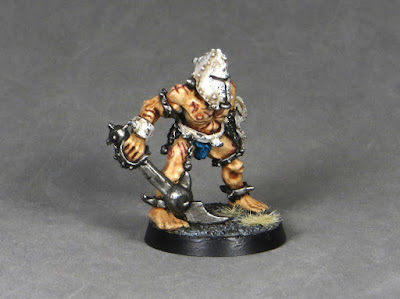 I very much enjoyed painting a figure I suspect I wouldn't have thought about using beforehand - thank you very much Secret Santa. I promise I'll get round to the other figure as soon as I can!
Posted by axiom at 14:34