It just so happened that as I was painting my fledgling greenskin force a few months back, I was invited to paint up a few early casts from the current Orc Invaders Kickstarter.

The Orcs, sculpted by the talented Aidan Baxter, are created in the the same vein as Citadel's 1980s early Space Orks, with their ape limbs and mis-matched equipment.


I was given a group of 5 of the 6 Kickstarter Orc Invaders to paint up - a characterful selection of Orc boys accompanied by a swaggering goblin with cigarette clenched between his teeth. 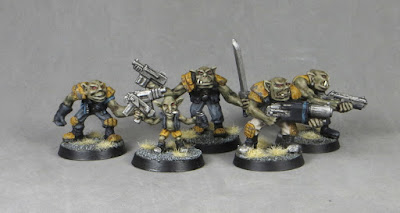 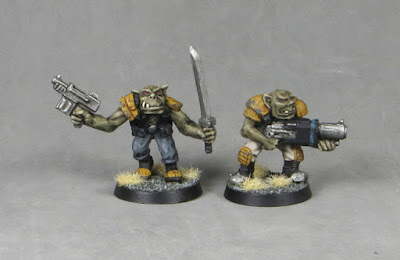 I painted the quintet to match my Citadel Works, with the muted skin and battered yellow armour. They got the odd flash of detail (like the blue stripe on Big Erny's rather large gun). 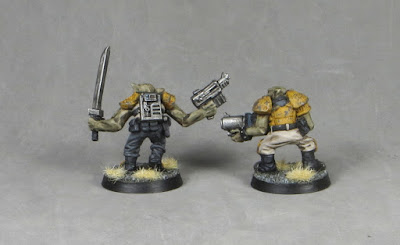 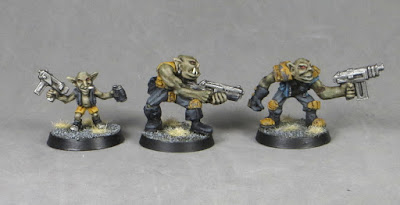 Gorbag Razortooth (centre above and below) is my favourite of the five sculpts I got to paint.  His double-handed pistol grip makes him look like an Orky special forces operative! 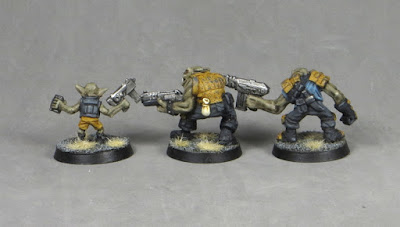 You can see that the figures are great for bulking out existing old school forces and slip in seamlessly alongside older sculpts. 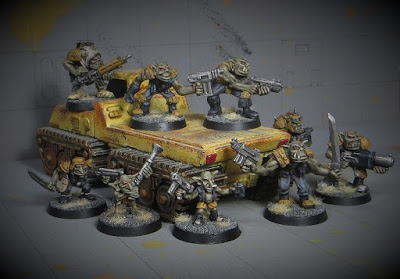 Thanks to Aidan for the opportunity to paint these guys up early.

Don't forget to check out the Orc Invaders Kickstarter - you have up until 16 January to back it if you want to pick up a set.
Posted by axiom at 09:46