A little while back I was given some prototype parts from GW's Cities of Death buildings sprues. I wanted to make a complete building, and had just enough complete panels to create this little building below, which I'll use as a little pump house or housed transformer or similar.


I forgot to take photos of it unpainted, but essentially it is constructed from 6 of the Cities of Death panels; two each on the long sides and one on the short sides. As the windows were originally open, I covered up the holes from behind with plasticard. The roof was also made from plasticard, with a couple of Hexagon Platformer sections added. The door is from the Trash Bash Bits Kickstarter﻿, whilst I think the airconditioning units come from Ainsty. The only other addition was a scrap piece of corrugated plasticard over one of the windows for interest. 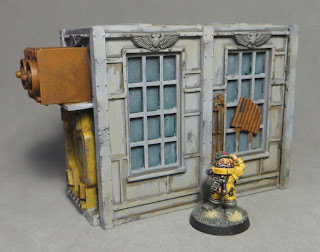 Painting was very basic - I primed grey, then drybrushed with a lighter grey. I then drybrushed some areas with a brown, added brown and black washes on the panels, and a blue-green wash on the windows. 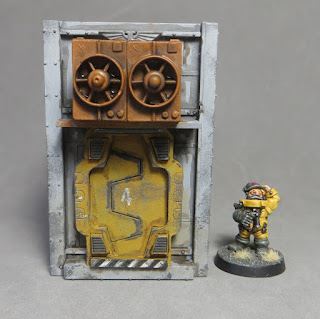 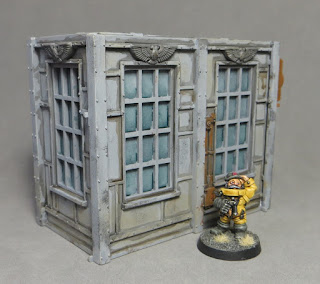 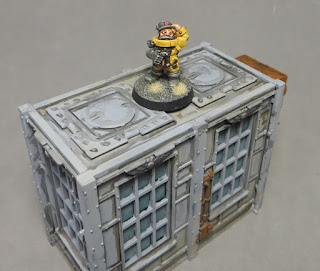 I think I must have built this building over a year ago, so it was nice to get it painted and done in less than 2 hours!﻿