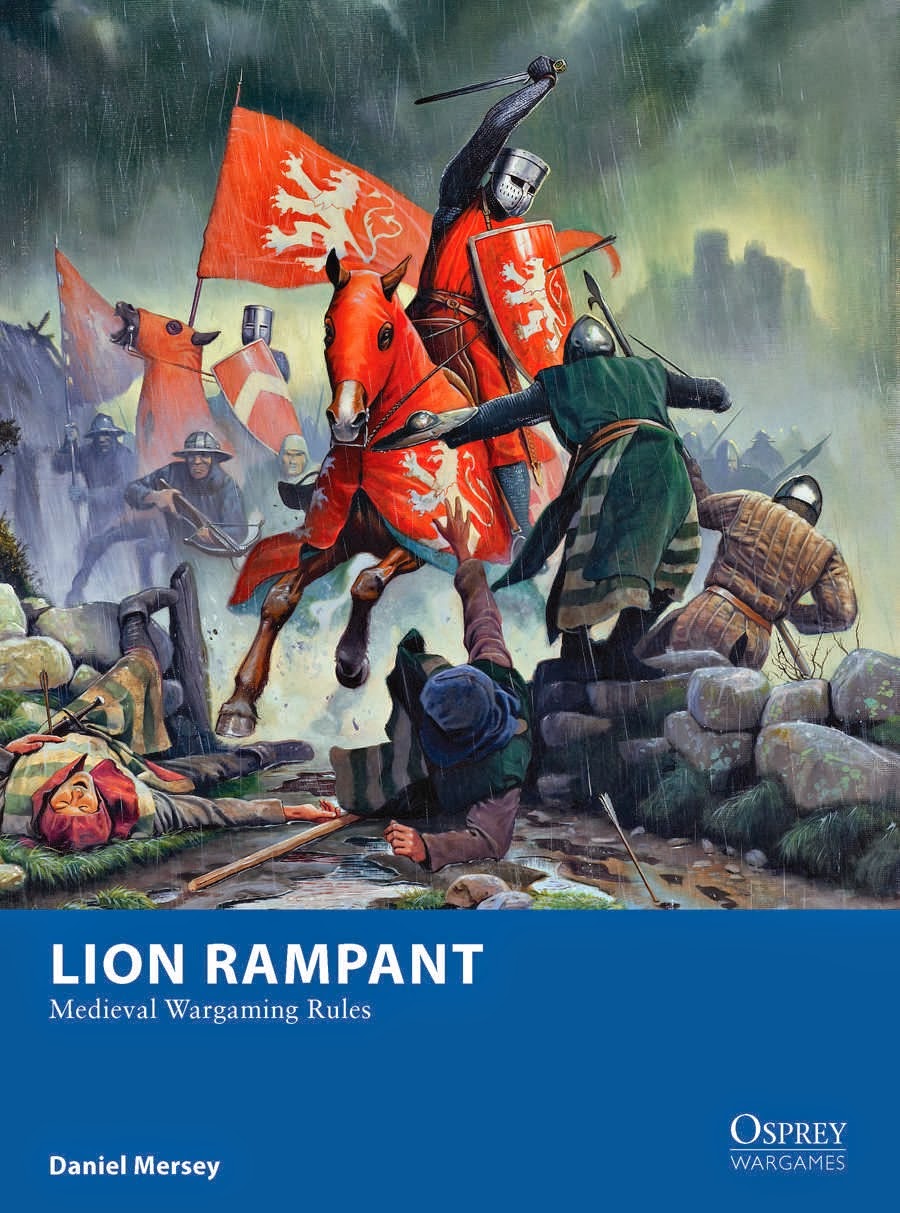 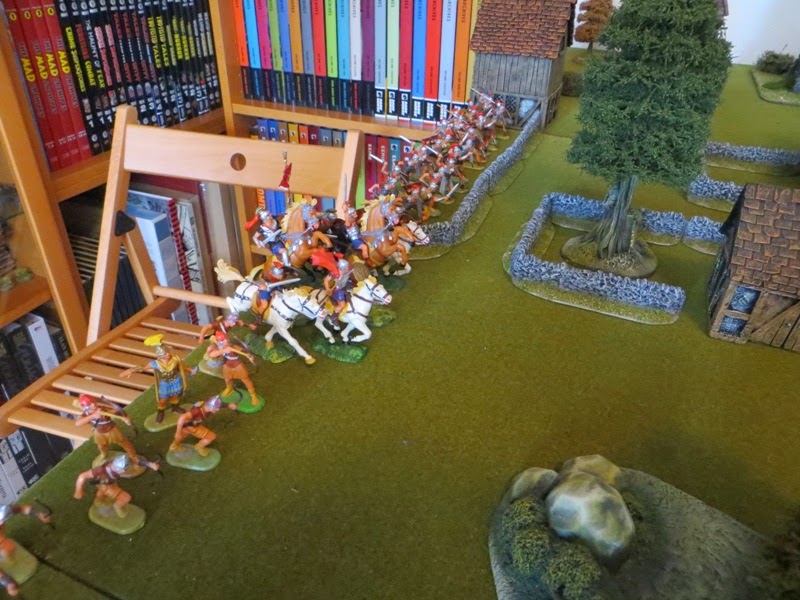 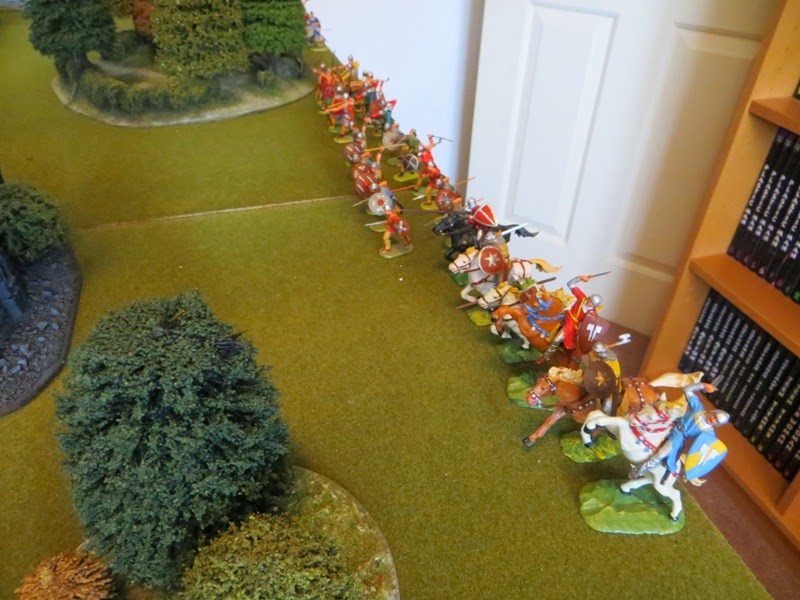 ...Asvald of the Vikings stopped running, breathing hard. The majority of his men had safely escaped being slaughtered, and he could see Saxon infantry and bowmen following. A tear rolled down his cheek as he saw Edsil staggering through the scrub. The lone survivor of Prince Valiant's Men was carrying the limp and bloodied body of his Lord. Prince Valiant had fallen! The Romans were bloodied, but their battleline still held fast. The day belonged to the Romans!


*    *    *    *    *
I think both myself and Graham were very pleased with how easy the rules were to pick up. The unit activation rule appealed to both of us, and added another dimension of uncertainty. Interestingly enough, Graham failed a high proportion of his early rolls, then had better luck later in the game, while I had the reverse. Losing my Vikings meant I was unable to press home my gains on the right flank, while the retreat of my largely intact Saxon Infantry unit meant my left flank desintegrated from what looked like a position of parity.
I think we agreed there are some elements of the rules that seemed counter-intuitive...such as the winning unit disengaging from a combat, and the slow orderly retreat of a fleeing unit. But these are minor niggles, and I would recommend the rules to anyone looking for a simplified and entertaining tabletop game.
Graham and I have already started thinking about how we could use the rules for smaller fantasy engagements - creation of new units for monsters would be possible, as well as a small set of magic spells (a shooting spell, a courage test spell, a movement slowing spell perhaps?). Something to cover in the future!﻿
Posted by axiom at 09:55