It was inevitable that after painting the four Confrontation psyker models I would want to add to the group. After all, four figures isn't a playable gang. ten or so certainly is. I've got a few WIP models that I will use to round out the gang, but I decided to focus on a leader first of all. 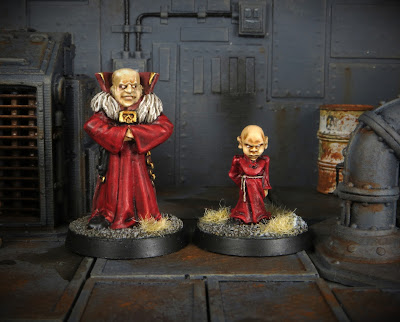 I wanted to follow the design cues from the original psyker quartet - that meant oversized Marauder style heads, feet and hands, smug expressions and stupidly ostentatious clothing. I settled on the Citadel Paranoia High Programmer as the base model for my leader. I'm not certain, but I wouldn't be surprised if he was an Aly or Trish sculpt. 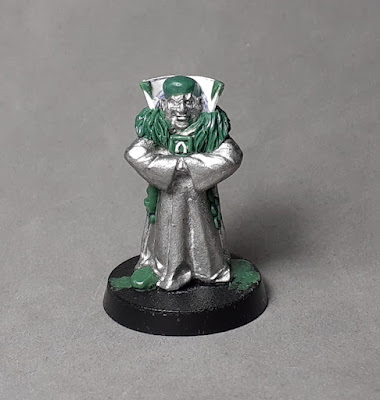 I added a bunch of additional details to give him the right look - bigger head, psychic collar, fur stole and plenty of amulets and charms. 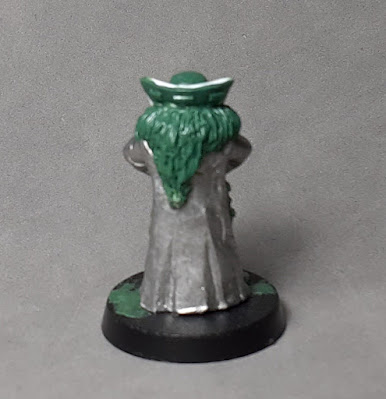 Paint-wise, I went for a red and gold scheme to try and give the impression of a high-ranking character. I'm not 100% happy with the choice (it's a bit chaos-y) and in retrospect should have gone for more of a magenta. But it's striking enough and it does mean he can happily act as a cult leader should I ever need one. 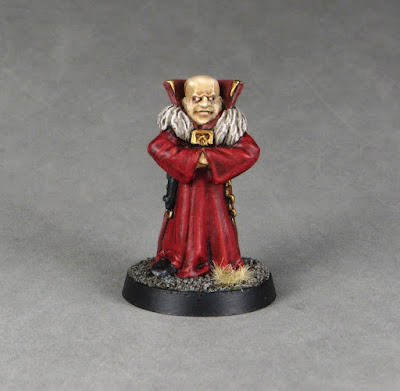 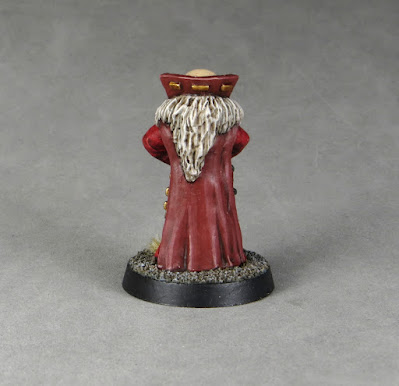 His companion is an unreleased Inquisitional familiar from the early 2000s which had the perfect mini-me look. 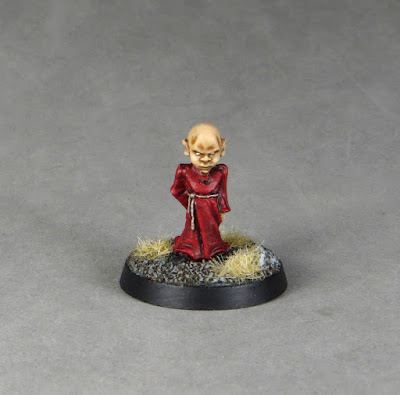 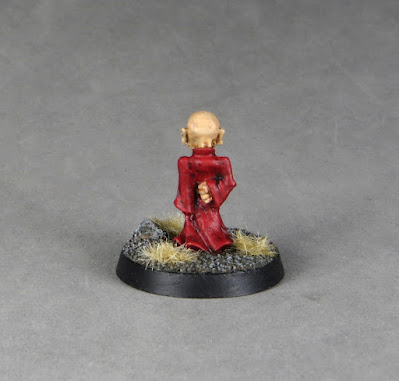 The crew is now starting to take shape in a pleasing way: 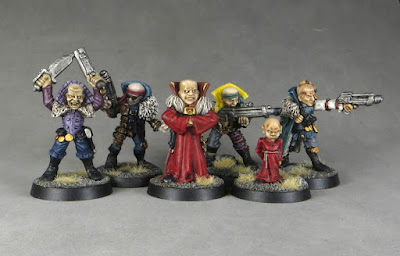