There's Nothing Worse Than a Squat With a Clipboard...

I have found it a bit tricky to get hobby time over the last couple of weeks, but I wanted to complete something to feel like I'm still actively hobbying! I figured the best option was to grab something quick and easy out of my WIP pile. The figure I selected was one I had converted in 2017 with the intention of using as a dwarf Blood Bowl coach. I never made or painted the team, but held onto the coach to repurpose as a squat storesman or similar.

The figure was a relatively simple conversion from a Bob Olley squat. I replaced the cap with something a little less military and added the headset using greenstuff and a small section of wire. The clipboard is plasticard and less said about the new hand sculpt the better (it was done 4 years ago)! 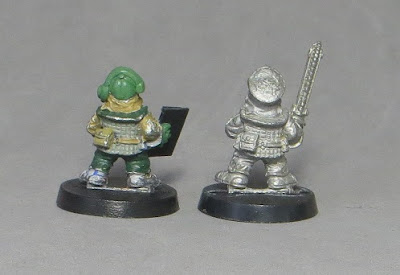 I confess that I rushed through the paintjob a little as he's a backdrop type figure. The colour scheme matches a bunch of other figures that I've previously painted for my Orange Star Line shipping and trading corporation. 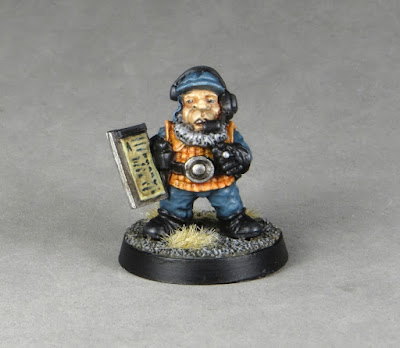 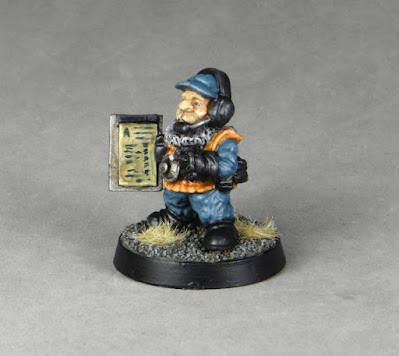 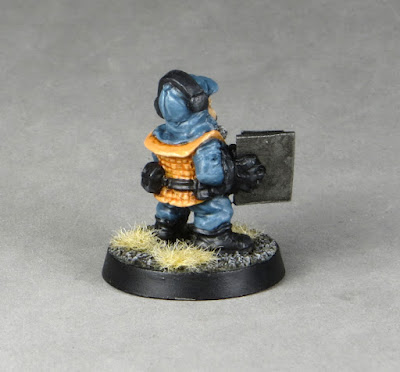 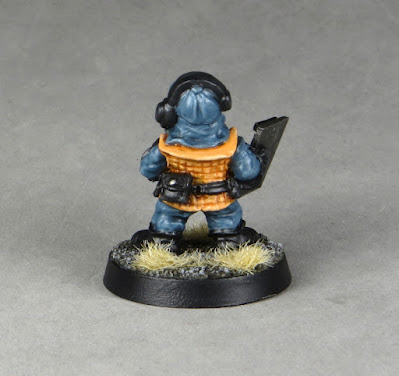 Hopefully he'll serve me well in checking in those consignments of grox meat and mung vases!