The Holder of the Charter - Phal Kyri, Rogue Trader

Although I actually painted the Rogue Trader rogue trader a few weeks back, I've mentally repurposed him as a hard-nosed Inquisitor. So that left me with a vacancy for an actual miniature to represent a rogue trader. So I painted up a suitably imposing figure to fill the gap.


I wanted a figure that had the right exotic 'space barbarian' look, as sported by Joff Zuckerman from the Book of the Astronomican. Whilst the later frock-coat wearing 'space privateer' look that appeared in the 54mm Inquisitor game is all very well, I like the idea of a rogue trader that's gone a bit feral! 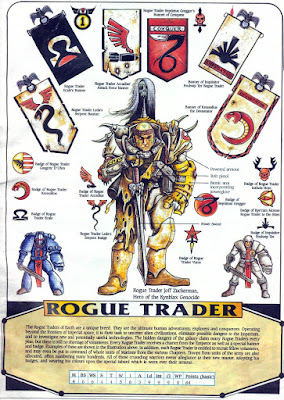 Rummaging around in my miniatures boxes turned up Frealaf Hardhand from the Barbarians range. 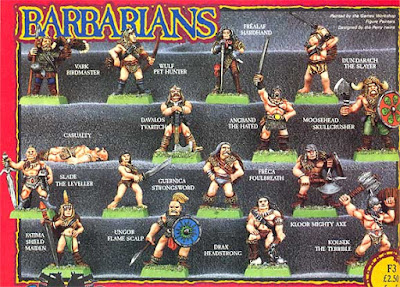 With her knee-high boots and fairly low key armour, she wasn't overtly fantastical. At least not when you compare her against the likes of the space amazon from the RT adventurers range. 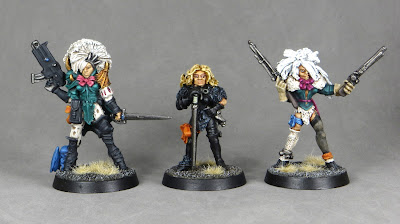 Phal Kyri got a matching colour scheme to the commandos I painted up earlier in the year - the idea being that they can double as her personal guard. Her black outfit isn't entirely monochrome - the furs are actually a blue-black. 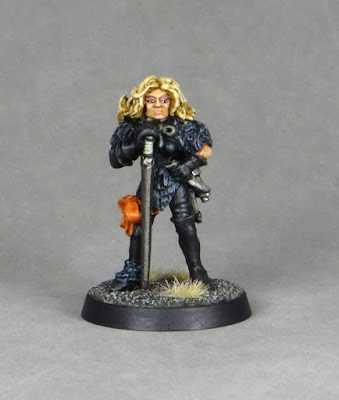 The only addition to the model is the bolt pistol at her belt, taken from the Confrontation weapons sprue. This is a nicely compact pistol that fit perfectly into the limited space. 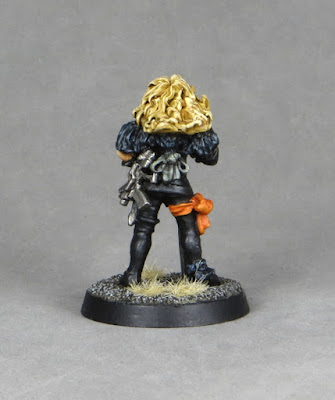 With her no-nonsense expression and commanding stance, I think she has the perfect presence for a rogue trader!