As you can see, I decided to inject a lot more colour into this first building than I had done previously. After watching a documentary about the colourful barrios in Bogata and seeing some fantastically painted African buildings, I wanted to ramp up the colour levels in my adobe village. 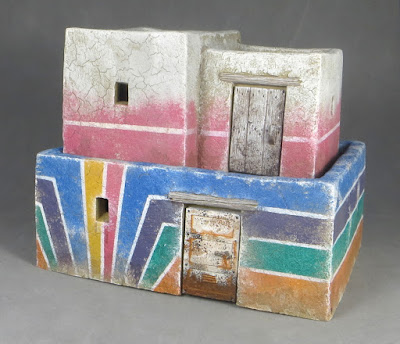 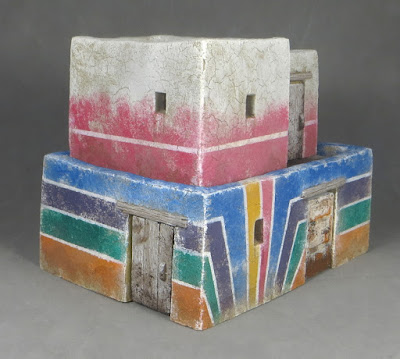 The painting process was pretty simple:


All in all, I think the building took about 2.5 hours from start to finish, with the masking tape being the most time-consuming task. 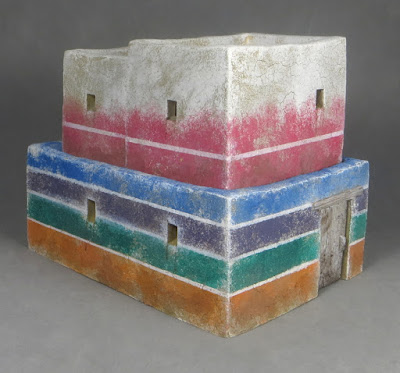 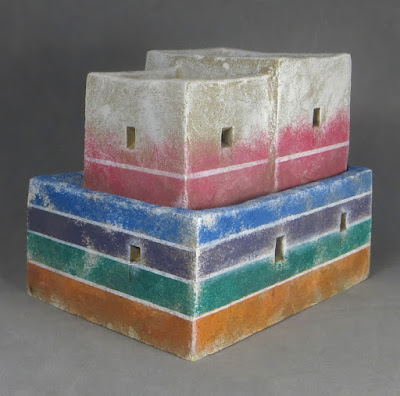 I originally had the colours butting up against each other, and I wasn't particularly happy with the look, so I added the ~1.5mm white stripes between each colour. Suddenly the whole paint job really popped as a result. 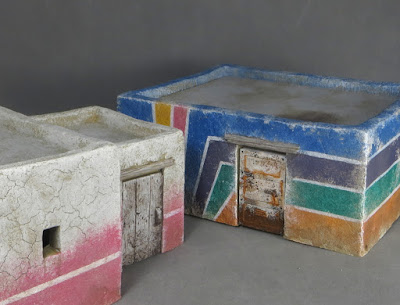 With the second building I wanted to end up with something in the middle ground between the Jazz House and my earlier adobes with the simple stripes. This time I went for a block colour on the diagonal (because diagonal stripes always seem to be more sci-fi!). 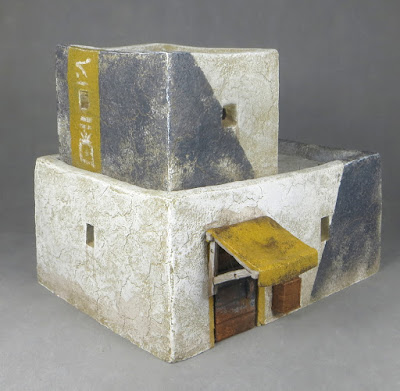 I overpainted the blue-grey with a mustard stripe on each storey, adding the white advertising slogans with random characters that hopefully evoke the signage in the Helsreach illustrations from Rogue Trader. 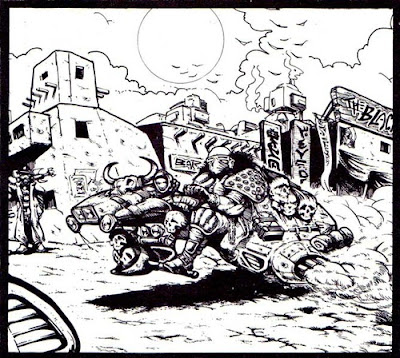 Unlike the Jazz House, I took the opportunity to add a few detail elements to the building. The wood stack, light and junction boxes are from Fogou, whilst the canopy over the door is a cut down market stall from one of Mantic's terrain crates. 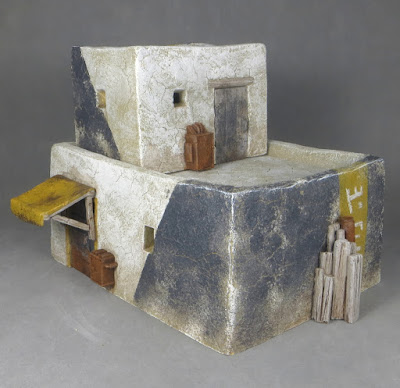 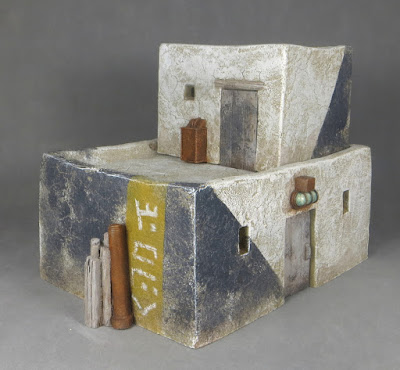 Painting this building was a lot quicker and simpler than the Jazz House, although I used the same masking technique for the coloured areas. 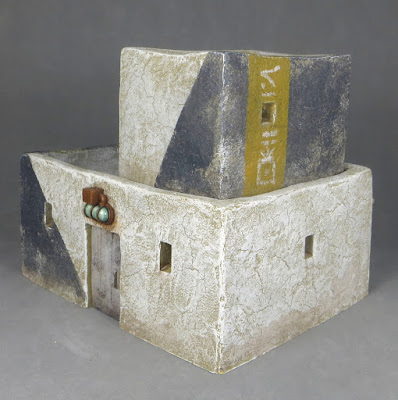 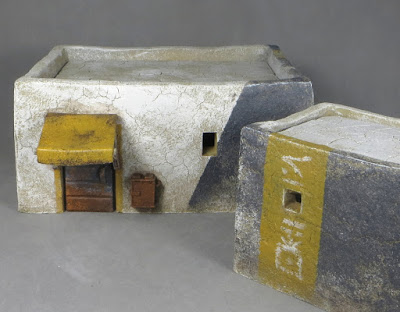 When I get the opportunity to paint up some more of these fantastic buildings, I plan to have a variety of different colour schemes. And of course if you have a village, then you probably need a cool scenic board to use them on - that's the next project!