Phew! It's been a busy old year and I'm very much enjoying taking a bit of a festive break. Since the very start of this blog, I've taken the opportunity to take a look back at the end of each year, and its hobby highlights. This year is no different, and it feels like it was another good year.

At the end of 2017 I set myself some ambitions:

- To attend Bring Out Your Lead (BOYL).
- To travel to Ireland again for another gaming weekend
- Join participate in a new Necromunda campaign.
- To continue with Choose Your Own Adventurers.
- To paint some RT forces.
- To paint some Dracula's America in Space figures.

Oh, and to have fun and play some cool games!

In 2018 I played a similar number of games to previous years. I didn't get across to Ireland, but I did attend BOYL, and a real blast it was too!


Necromunda was the key theme of the year though. My gaming group is now mid-way through our 3rd campaign of the year, and I'm on my 3rd gang (Confrontation Hunters, Techs and now mutie cultists).

In April I also attended the first Necromunda tournament at Warhammer World since the new game came out. The best part about it was that one of my opponents, Mike, has since joined our Necromunda gaming group - it was worth it to meet a great new gaming buddy! 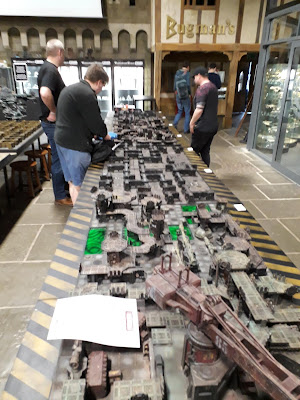 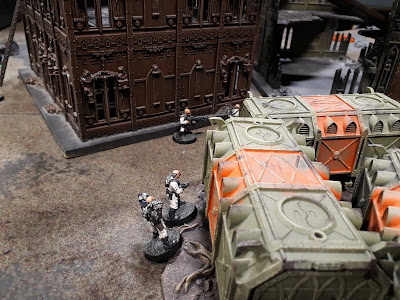 I'm looking forward to more Necromunda to come in the New Year, and hoping for an improvement in my mid-table rankings in our campaign!

The year was full of fun painting and modelling projects, some of which have been on my wishlist for years! I finished off three Confrontation gangs (the Hunters, Bratts and Techs) using in the main period figures. I didn't paint up my RT space elves, but I did make a nice new Eldar Kill Team using RT scouts. I also managed to paint Buck Rogers starfighter, a selection of mutated cultists, Johnny Alpha and a host of terrain. Not any Genestealer cultists though! 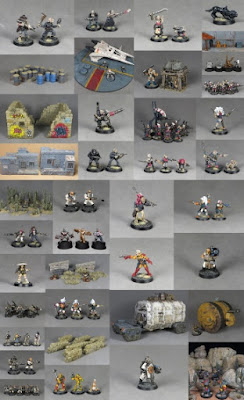 But I know all you really want to see is the chart. Here you go:

Number of games is holding steady at 40. Less than the 2015 high of 46, but it roughly equates to one game a week excluding holidays.

I'm just hopeful that I maintain enthusiasm and have time for a similar level of output next year.

Speaking of next year, what does it hold? I say this every year, but as long as I managed to have fun games and enjoy what I model and paint, that's a success for me.

That said, I know I'll be working on some post-apocalyptic / fringe world terrain in the New Year, and I already have plans for the next Necromunda gang (I fancy making some fighters from House Helmawr).

I'll attend BOYL 2019, keep up the Necromunda campaigns, and I'm sure other opportunities will present themselves!